A tourist who visited a notorious haunted mansion in Ireland believes he photographed the ghost of a little girl. Thomas Beavis, 21, from Lewisham, made the spine-tingling discovery as he drove home from Loftus Hall in Wexford. He took the snaps for his mother while on a tour with his friends. But captured what could be the spirit of little Anne Tottenham and the spooky face of an old lady in a window next to the front door. He told Ghostcircle: ‘I only really looked at the photo while driving home – I was actually stunned. ‘We were all feeling a little edgy from the tour but when I showed the photo to my friends we freaked! 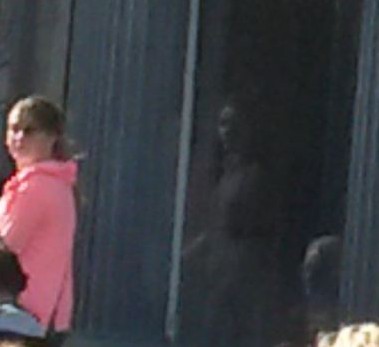 Mr Beavis believed he snapped the ghost of a little girl and an old lady in the window (Ghost Pictures: Thomas Beavis)

‘I zoomed in on all the windows to find this girl in the window. I had to take some time before I showed it to everyone.  I didn’t really understand what I was looking at.’ Stories suggest that the Tottenham family moved into the mansion around 1766. But the youngest, Anne, fell ill after an encounter with a demonic spirit. She was shunned by her family and locked away in a room in the huge estate until she died. At first glance the holidaymaker thought it was someone’s reflection, but on closer inspection he noticed that the suspected ghost is looking the opposite way to those outside the house. 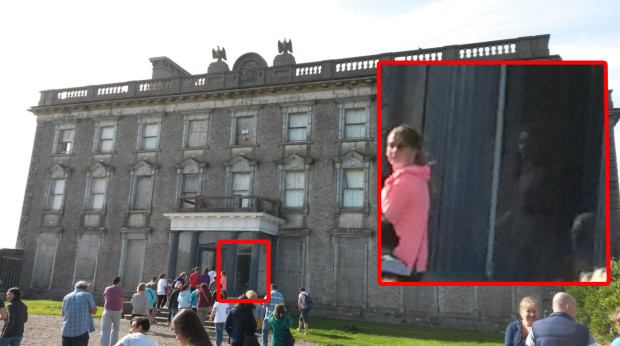 He made the spooky discovery in the car after his tour of the haunted mansion (Picture: Thomas Beavis)

Mr Beavis added: ‘I got chills, and still do. The girl could be the spirit of Anne Tottenham still walking around Loftus Hall. It could have been some strange occurrence because of a supernatural power, but I don’t know. ‘Normally I am a guy that believes in what he sees, but with this, I still don’t understand what’s going on in that photo.’
MENU