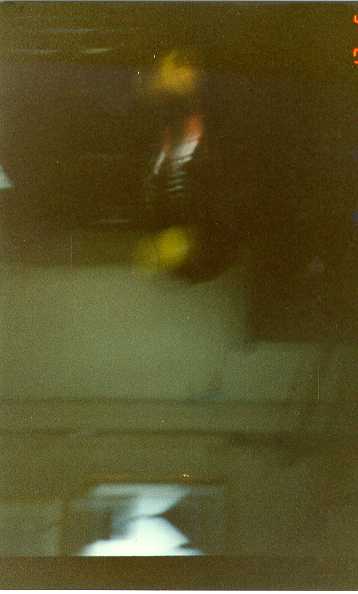 This is a picture of Sandy MacGregor. He is a spirit guide in our psychic circle. I took this picture of him in pitch dark. What we are seeing is actually his spirit lying horizontally but I have inverted the photograph to make it easier to see.

We see half of Sandy's body materializing because he was using ectoplasmic energy to form his body and only had enough to make half his body appear. Ectoplasm is energy taken from our physical body and is used to construct spirit "material" and spirit forms. Some people have an abundance of this energy and are called Physical mediums. Sandy's form was created in such a mediums presence. We see him floating with his hands clasped at his waist. He is wearing a dark jacket and a clourful laced cuff and collar. He was a gamekeeper in the Scottish highlands in early Victorian period. He has a large beard and heavy head of hair.

This is one of my favourite pictures as it is so difficult to get a spirit photograph. I asked the spirit guide if I could take this before it was taken. There are certain rules of engagement, so to speak between our world and theirs. While they want to prove life after death and give spirit communication, there is a policy non interference in this world. They shall help an individual if asked i.e. by prayer , or if an individual has earned the "right" to see, hear or be aware of spirit. This was taken after I had been involved in a psychic circle for 3 years. 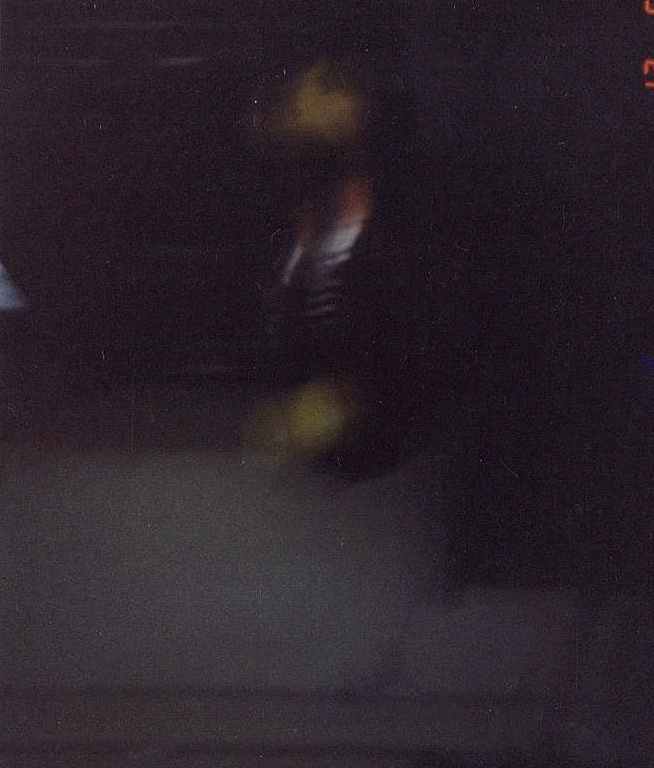