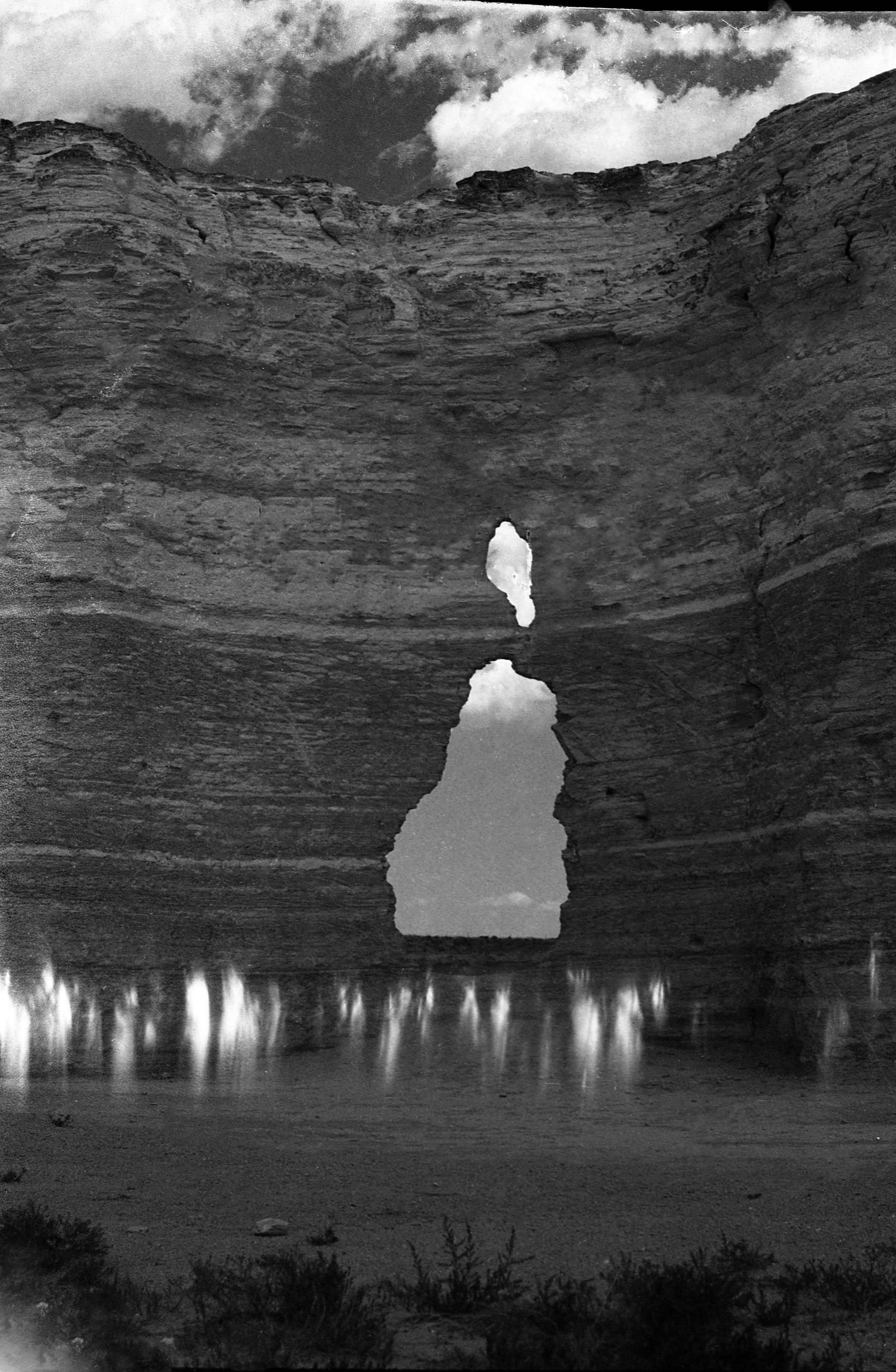 Picture Taken and Copyright by  R. Bruce W. Laubach Photographer Bruce's Quote -  "This was taken at a place called Monument Rocks in western Kansas.  While photographing theses formations, I felt compelled to take this image.  I bulk load my 35 mm film and when I first saw this back in 1975, I thought it may have been light leaks or static charges on the film, but what makes this one intriguing is that it was several frames into the roll.  And after scanning the negative I was able to zoom in on the image and I got more of an impression of body shapes than random streaks. If you look closely at some of them it looks like feathered headresses." Ghostly Figures Taken on film roll in 1975, this shows what look like a group of American Indians gathering around a picturesque location in Kansas. First off it looks like some flaring on the camera, but if you zoom in and look closely you can see what look like Indian feather headrests, I can see two Indians (among many more) standing in front of a horse. But for me, on the left side in a grey shadow outline, I can see two figures standing side profile, looking over at the group. One is a woman squaw with a cape flowing from her back, and next to her is another male Indian (husband maybe) with long straight hair and a band around his head. 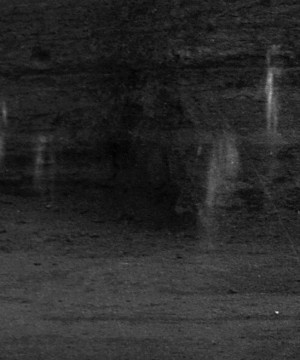 The Indian Figures on the right side. 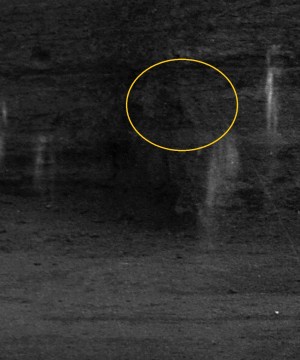 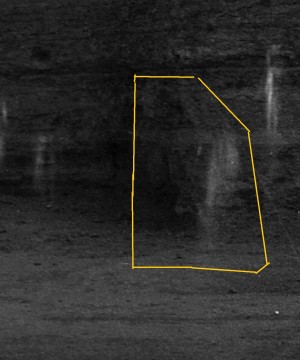