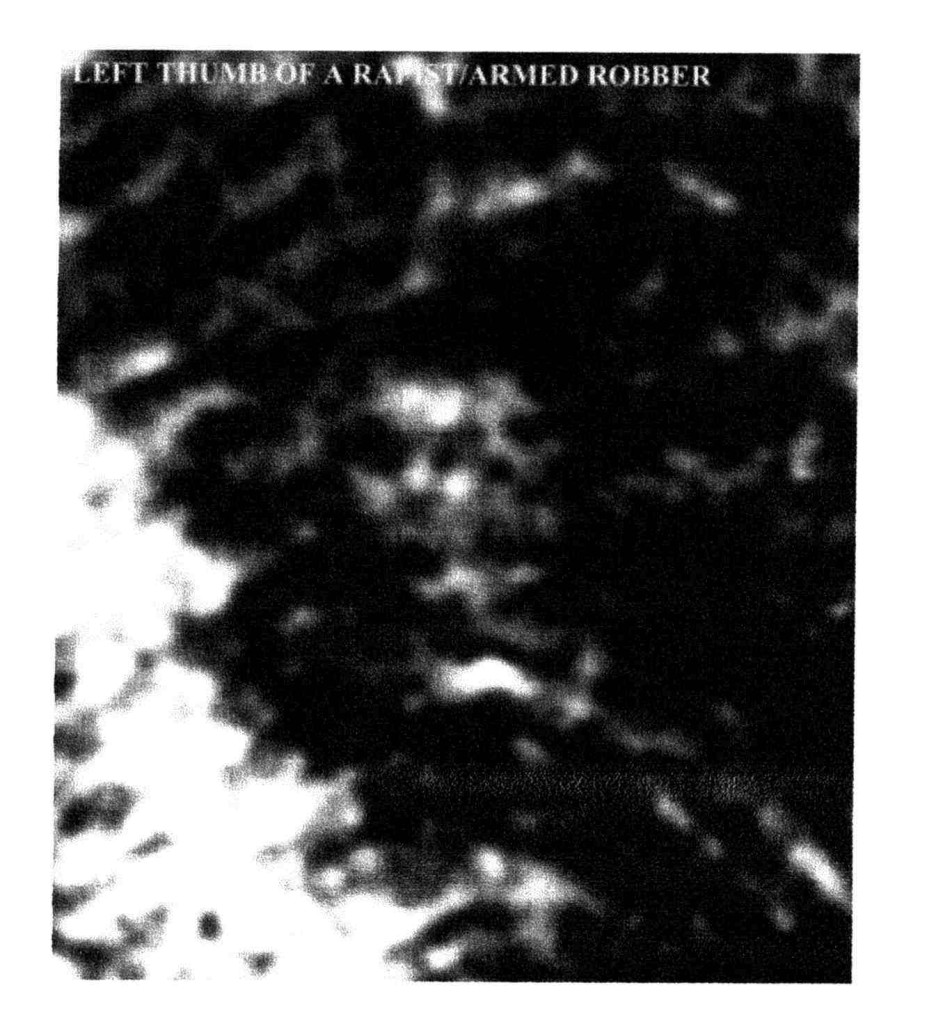 This is a thumb print picture of a convicted rapist and armed robber. You can see two faces in the middle of the print. It looks like two male "spirit" faces one hidden behind the front one. when people talk of possesion the reality is that people are influenced from spirit side by either good spirit guides or evil ones. What we are seeing here are two spirits that may have influenced this person to commit his crimes, however possesion is related to mental attitude in that like minds attract like spirits of influence. As the old expression goes, "Like likens to like". Spirits good and bad attach to your "aura" and influence your thoughts which influence you actions, good and bad. the photo shows these two spirts caught by camera in the mans aura.
MENU